Boiling Taps - A Buyer's Guide to the Quooker and Zip Ranges

Boiling Taps - A Buyer's Guide to the Quooker and Zip Ranges 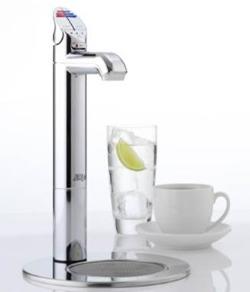 One of the fastest growing ‘must-have’ kitchen appliances in the UK is the boiling tap. But which one should you buy?

In this brief guide, we look at two of the main competitors – Quooker and Zip Hydrotap (if you are looking for helpful advice on choosing the right model, click here for Quooker model or here for a domestic Zip Hydrotap).

Whether you’re looking to install a boiling tap for its time saving ability, its energy efficiency, its general convenience, or just because you fancy the idea of losing the tedious kettle-boiling time, there’s a good chance you’ll either end up with one from the Pro3-VAQ range from Quooker or one of the Zip Hydrotaps.

In some parts of Europe, having a boiling water tap in a domestic kitchen is not far from being the ‘norm’, and it’s an appliance which is fast gaining momentum here in the UK. The concept is pretty straightforward: instead of using a kettle or a pot on a stove to boil water, it’s stored for you ready to draw off from a special tap.

Professional commercial kitchens and even those within workplaces have been using instant boiling water for quite some time for both convenience and energy efficient reasons, and now this idea is beginning to spread into the domestic setting. This article takes a quick look at the popular options and applications.

If you are retro fitting your new boiling water tap into your existing functional kitchen, then there’s a good chance you only need the addition of boiling water, as cold (or ‘ambient’) and conventional hot water are already present. Quooker seem to lean more towards this need in the market, offering mainly ‘boiling only’ options, with a few exceptions in their Combi ranges. Quookers are an incredibly popular choice and have a great portion of this market.

Many buyers, however, are opting for a more versatile unit, especially if it’s for a new kitchen. The Zip Hydrotap range caters for this requirement more 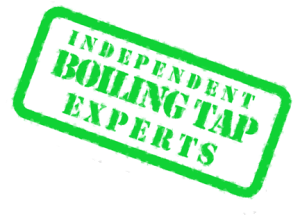 than amply with a ‘spoilt for choice’ approach. Without going through every model in the range, it would be fair to say that if you are interested in cool, crisp filtered drinking water in addition to the convenience of boiling water then by far the most popular option would be the DOMBC3. This unit has an additional storage tank for the chilled water and is capable of producing over 80 glasses of chilled filtered water an hour, in addition to the 60 cups of boiling water, what an excellent way to ‘chill out’ before you reach ‘boiling point!’

Although this versatile multi convenience tap is going to be more expensive than a ‘boiling only’ one, the benefits are great – this type of tap is now not only being widely specified by top end kitchen designers but also for simple more day-to-day refits and certain new builds.

Zip also offers a stylish font and drainage unit for installations which are not directly over a sink. This also creates the opportunity to get away the idea of a sink cluttered with taps and allows you to install the Hydrotap pretty much anywhere you like. The font also includes a tap extension – great for filling pots or taller jugs.

The Quooker taps come in a good variety of designs and finishes, from modern to classic, and including polished chrome and stainless steel (in fact all the different types can be confusing - which is why we created this simple guide to help you choose the right one) The Zip Hydrotap is offered in polished chrome, satin chrome, black chrome (very stylish) and even gold.

There is no shortage of suggested applications, either – obviously, here in the UK, the greatest promoted use is tea and coffee making, (we’re not going to get into the whole best-practice tea making debate here!) Nevertheless, consider these uses: cooking pasta; sterilising feeding bottles and making the formulae; warming ice-cream scoops; cleaning and sterilising chopping boards; washing greasy plates in an instant; filling a hot water bottle; loosening tight jar lids; removing candle wax; blanching vegetables; peeling tomatoes; making soups and sauces; boiling eggs; poaching fish; sterilising pots for jam making; heating up plates and serving platters; moulding sports gum-shields…. The list continues to grow! Having a boiling water tap certainly allows you to be creative, as well as ‘let off some steam!’

Both Quooker and Zip cater for the commercial market too, but Zip definitely have more than just the edge when it comes to choice: Boiling only; Chilled only; Boiling and chilled; Filtered or unfiltered; 3-in-1 systems; 4-in-1 systems; and even some industrial models that offer up to 200 cups of boiling water an hour! That’s enough for nearly 4 weeks of tea to your average Brit (or 3 weeks for your average Yorkshireman), over 250 bottles of baby formula, or over 330 Noodle Pot snacks!  We will cover the commercial market in a future blog.

So what should you be considering when choosing a boiling water tap for your home?

We think some of the main considerations should be:

One thing is for certain: no matter which of these appliances you opt for, everyone that has a boiling water tap seems to very quick to question how they ever managed before they had one!