Limescale in your Quooker? What can you do?

Limescale in your Quooker? What can you do?

This entry was posted on 8th April 2014 by Tim Hodder. 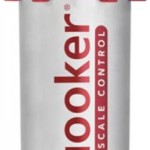 People are spending large amounts of money on ‘instant boiling water’ taps for their kitchen, and the Quooker is one of the most popular makes at the moment, but it is worth noting that these devices can be just as susceptible to the problems caused by the build-up of lime scale as the traditional kettle.

In fact, Quooker (and the other manufacturers) make it very clear that damage caused by the buildup of lime scale may be excluded from any warranty claims, so if you live in an area affected by hard water, you should probably make sure you guard against this.

Surprisingly, the majority of the UK is classified as being in an area affected by this problem – as you can see by clicking here and viewing the UK map provided by British Water.

The good news is that a solution is provided by Quooker, in the form of their Scale Control module. This has been developed by Quooker to lengthen the lifespan of the tap by reducing the amount of minerals, such as calcium and magnesium, which make water hard and create a build-up of lime scale inside the device.

It works through the ‘ion exchange’ process, which removes the scale-forming calcium and magnesium ions from hard water, delivering soft water to the heating element of the tap, and takes a replaceable filter. The filter has a very high capacity, capable of filtering 4200 litres of water at before requiring replacement (in average Quooker usage that means it will only need to be replaced every 3 – 5 years).

It has an adjustable dial on the top of the unit which can be adjusted according to the level of water hardness, and the system comes with a water hardness tester, which indicates which setting the unit should be set to.

In terms of installation, the scale control unit sits next to the Quooker tank (and is about the same size), filtering the water before it gets heated.

Of course, as well as making sure everything will still be covered by your warranty, and having better tasting water, you’ll also be reducing the need to service your Quooker.