This entry was posted on 12th March 2018 by Direct UK Deals. 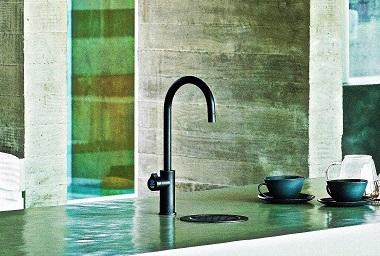 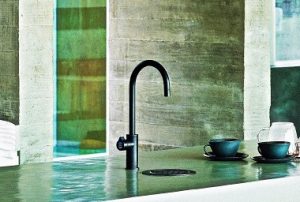 You may have experienced the luxury and convenience of having instant boiling and chilled water in your workplace, thanks to the range of taps supplied by Billi or Zip. And you may have then hoped to put something similar in your own kitchen at home, but been put off by the high price. That wouldn’t be surprising: the list prices of both brands’ top-of-the-range models are well past the £5,000 mark!

But the good news is that there are much more affordable units designed especially for the home rather than the workplace (in fact Zip have their own specific range for the residential market).

We’ve listed some of our favourites below which you will find a lot cheaper than the commercial equivalents. And our recommendations come with a word of warning, which has been learned from many years of dealing with boiling water taps from many different suppliers: there IS such a thing as a boiling tap which is too cheap! More than once, we have been convinced by the pedigree of a manufacturer that their new boiling tap is likely to be a great product, and we have been very badly let down. Each time, we have naturally withdrawn the product line from sale as soon as this has become apparent, and so we can be very sure that all the brands we now supply are of the very best quality.

Now take a look at a small selection of our picks from both the Boiling Only and the Boiling and Chilled ranges: 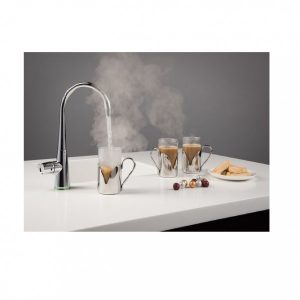 A Zen Solo dedicated boiling water tap is a stylish, modern, time and space saving addition to any kitchen. It replaces the need for a traditional kettle in the home, or counter top/ wall mounted boiling water unit in the office.

Instant boiling water is ideal for a wide range of kitchen uses including tea and coffee making, providing a quick start for boiling rice, pasta and vegetables and soaking oven dishes.

This model also comes in a Boiling and (standard) hot/cold mixer tap.

The Zen Solo can be installed over a sink or with the stylish, tempered glass design Zen Font. 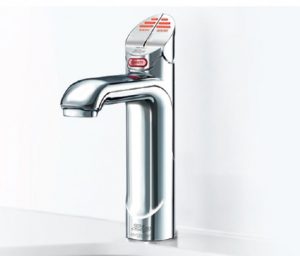 The domestic range of the Zip Hydrotap includes this model which probably looks most like the tap you have in the office. Exceptionally high quality, with an under-counter unit capable of controlling temperature, timings, and filtration via a colour touch-screen. By adding an optional ‘font’, which turns it into a mini-sink, plumbed into the waste and which also raises the tap up by another 100mm to allow you to get pot and jugs underneath, you can turn your tap into a ‘drinks station’ and have it positioned away from your main kitchen sink.

This is the polished chrome model, but it is also available in brushed chrome, matt black or gloss black. 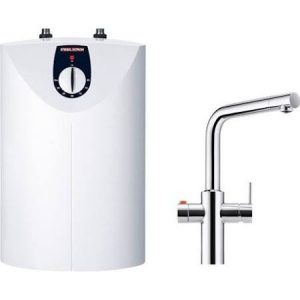 The SNU hot vented undersink water heater from Stiebel Eltron has a capacity of 5 litres with near boiling. It comes with a 3 in 1 tap. No additional safety kits are required or advised for this water heater.

The Zen Spa is a 2 in 1 hot and cold drinks station. In the home it replaces the need for a kettle and provides high quality chilled drinking water plus 100 degree boiling water. The Zen Spa can be installed over a sink or with the stylish, tempered glass design Zen Font. 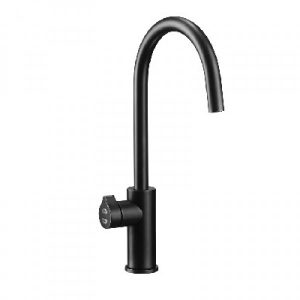 Any list of recommendations of high quality domestic taps would not be complete without this model. Not only does it deliver instant boiling and chilled water, filtered to less than a micron, but in the matt black model, it looks just amazing, and will complement and enhance any modern kitchen design.

Zip’s water filtration is just about the best in the world, but to give you an idea of what ‘sub micron’ means, if you fed water containing food dye into this tap, it would come out perfectly clear. It certainly removes all taste and odour from the water (including chlorine) leaving your drinking water exceptionally crisp and clean.

Situated over the sink or over its own little drip-tray, this is a fantastic quality tap which you will never regret buying. Click on the image for more information.

This is just a small selection of the brands and models stocked, for more information or to see the huge selection of models sold please visit electricaldealsdirect.co.uk or contact us on 01934 253600.