Billi Boiling Taps – The Range and the Benefits

Billi Boiling Taps – The Range and the Benefits

This entry was posted on 5th August 2016 by Direct UK Deals. 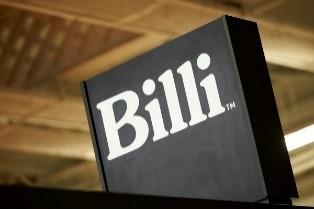 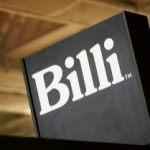 For in excess of 25 years, Billi have been producing a range of quality stylish, energy efficient boiling and chilled taps that boast superb performance and great reliability.

During the early 1990s, Billi was, in fact, the first company in the world to come up with an under counter boiling and chilled water system.  From day one they have focussed on maintaining a commitment to consistently deliver excellence and quality, coupled with architectural design and functionality.

Since the launch, the range and options have grown significantly of course. As we’ve now added the Billi taps to our range of boiling water products, we thought we’d take a look at what the choices are. 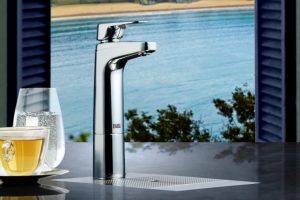 5 models in the range, ranging from a suggested 10 users right up to a 100 user model.

Same spec as the Quadra 460, but with the increasingly popular addition of fizzy chilled water.

A total of 3 models (one of which is also sparkling) which also offer ‘standard’ hot and cold from a separate (supplied) mixer tap in addition to the boiling and chilled.

2 versions, up to 180 users, offering boiling along with filtered cold (not chilled) drinking water.

3 models, one of which is also sparkling, for areas not requiring boiling water.

The Benefits of Billi Boiling Taps

There are lots of good reasons to seriously consider Billi boiling taps products when deciding on which particular boiling and chilled tap might be right for you, your client or your place of work.

For us, one particular thing that makes the Billi taps products stand out from its competitors is the way the boiling and chilled units make great use of the heat produced by the compressor (the chilling component). Billi have sensibly utilised this generated heat to pre-heat the water entering the boiling chamber: a heat-exchange system. This both helps with the energy efficiency of the system as a whole and improves recovery time. Simple, and very effective. There are other energy saving features as you may expect, including a 7 day timer and stand by modes. 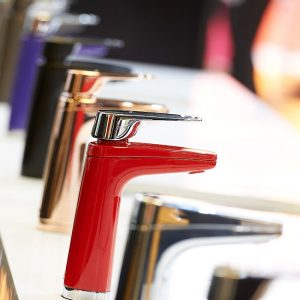 Another great feature that will benefit a lot of potential installation predicaments is the fact that some of the Billi under-sink units come in an ultra-slim design: just 180mm in several cases. Up to 46% smaller than some of their competitors.

The taste and odour filtration is 5 micron as standard, but all units can use the upgraded filters which are below a single micron for the ultimate in purification. Various limescale filter kits are available too.

The company also offers expert installation, free commissioning and various maintenance packages to ensure your unit performs perfectly all the time – please ask about these options.

Couple all of that with a host of accessories including drip tray fonts and risers, options to convert to touch control taps, limescale control kits and more colour options than you could shake a stick at, and it seems fair to say that Billi have it covered, from the smallest of kitchens right up to the highest demand from the largest of workplaces.

If you’d like to discuss the options, get a quote or simply talk to an enthusiastic boiling tap nerd, then feel free to call us on 01934 253600.